Alabama Bones and the Temple of Boom

Meet Alabama(h) Bones, a goblin archeologist warlock with an undead patron! He’s a notorious celebrity archeologist (a la Indiana Jones) who now works at a goblin university as his world is industrializing and seeks to find new treasures to make splashy headlines. During one of his digs, he releases a mummy queen who binds him to her service in exchange for magical powers. She sends him on a quest to reclaim stolen artifacts and return them to their rightful owners. Alabama is aided by his long-suffering grad student, who wanted to study the repatriation of artifacts but was shut out by the other professors in the department, and a ghost friend DMPC on his heisting of museums and other academic institutions. 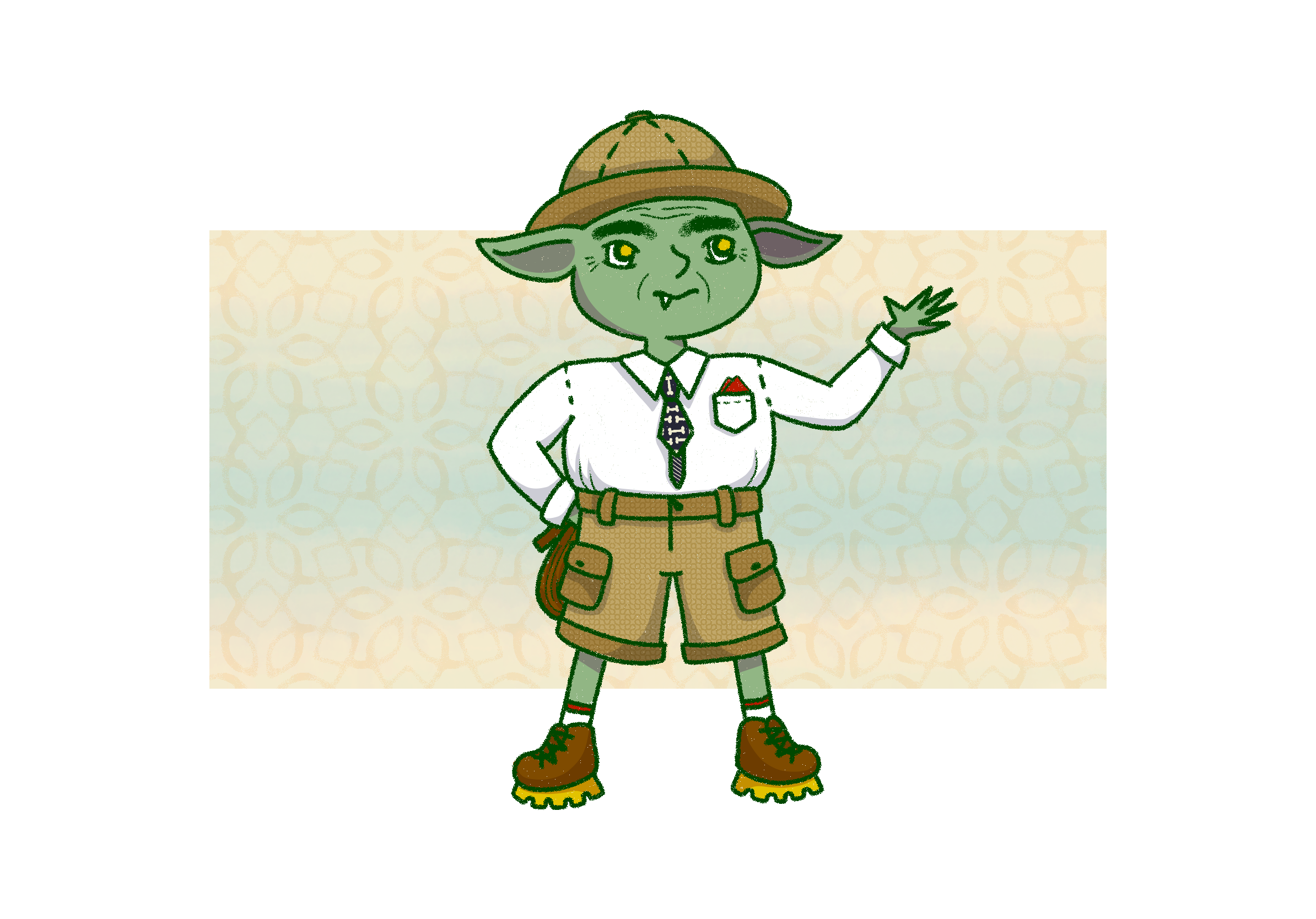