Meet Maria Finsta, a triton eldritch knight who works as an engineer! She is a landstronaut (land astronaut) focused on exploring the postapocalyptic ground above the underwater civilization of tritons and other aquatic creatures. Maria and crew work 80 hours a week for the private company LandX (CEO Baleen Tusk), and Maria was specifically hired for her schooling in engineering, physical fitness, and sick triton with which she’s magically bonded.

Maria and her crew (a medical professional cleric and a pilot/survivalist ranger) get called to investigate a mysterious rumbling that happened above ground. Unbeknownst to them, this is a direct result of a secret mission Baleen has been working on: colonizing the above ground with rich individuals. Due to their communications officer warlock accidentally being on their shark-shaped underwater rocket ship (aka a submarine) when they take off, the crew has no communications with LandX HQ and scrambles to get in contact with anyone. They accidentally tap into the communications happening at a LandX base, but the one that exists above ground at the rich people colony and find that the secret mission is not going to plan. Maria and team must rescue those at the base, but also prove that Baleen Tusk is behind all of the chaos and unethical science. 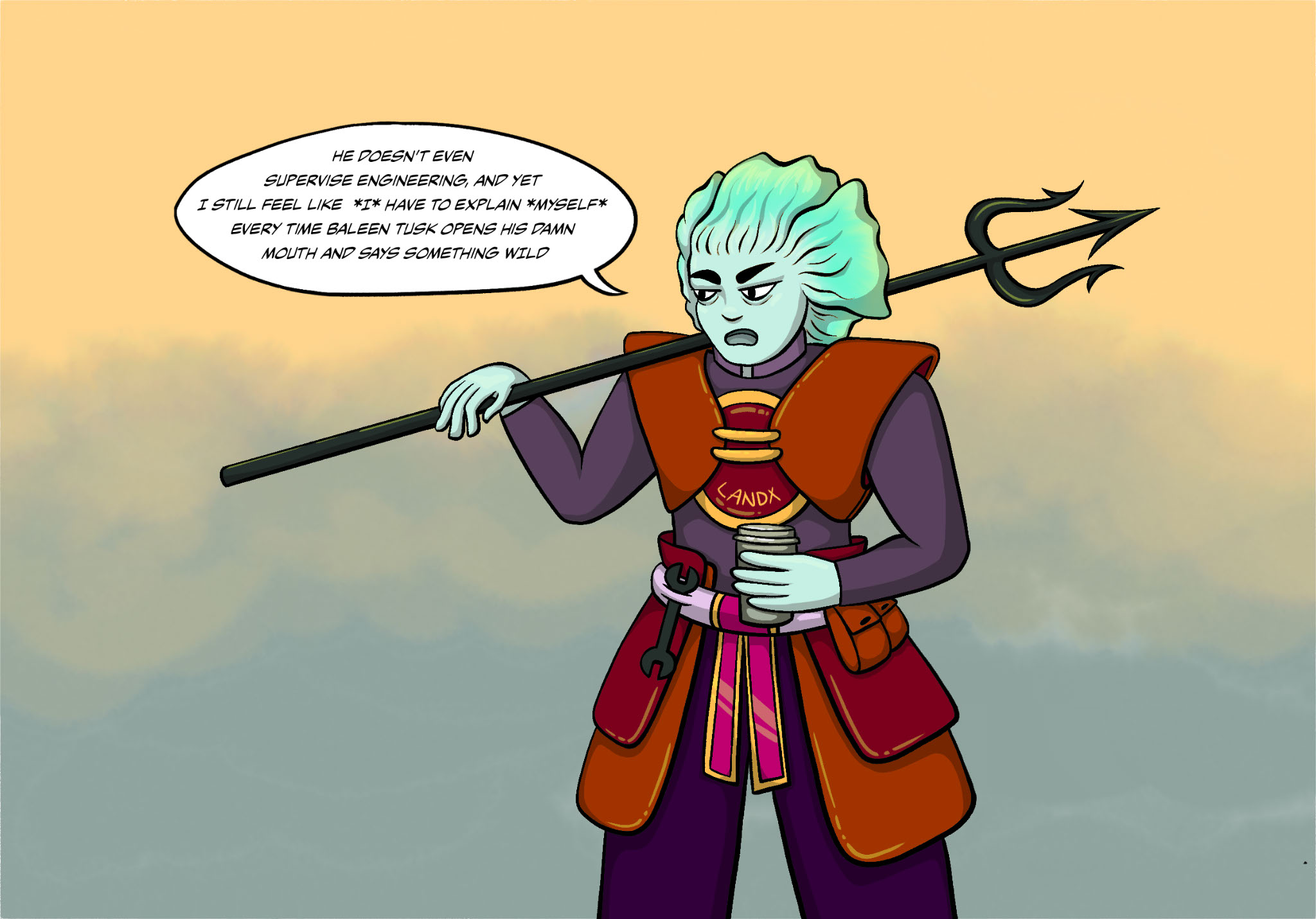